Former chief scientific advisor to the government, Professor Sir David King, asks "Can British science rise to the challenges of the twenty-first century?"

Richard Dawkins introduces Sir David saying "It was his misfortune, I suppose, to be a leader of world scientific policy, including with respect to climate change and global warming, during a time when the world's most powerful nation was presided over by the most scientifically unenlightened President in living memory. Or from before that.

During the lecture Sir David, who advised the government for seven years during Tony Blair's premiership, says the invasion of Iraq will be remembered as "the first resource war of the twenty-first century". Sir David focuses on a "carousel of challenges", including food production, climate change, biodiversity, health and education, energy security and supply, water resource and conflict and terrorism.

At the end, Dawkins calls the lecture "an exhibition of the scientific mind at full stretch, scientific intelligence ranging over millions of years, ranging over all the important problems that face humanity." 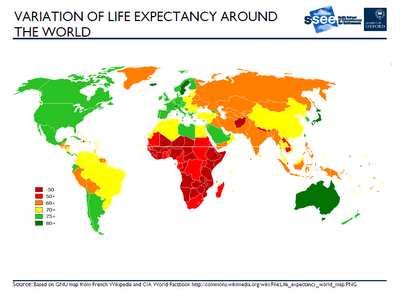